It was during the peak of the 2020 pandemic lockdown when I had an epiphany of sorts: “I was going to own and ride a motorcycle as a hobby!” I fancy myself an outdoors person. My regular activities ranged from hiking/camping to scuba diving and a bit of cycling. With the exception of cycling, the lockdown rules made it difficult (to impossible) to engage in the activities I enjoyed.

Touched with a bit of cabin fever, it came to a point that I was taking on all the different "challenges" my socmed friends nominated me to do (e.g., 25 pushups per day for 25 days, etc.). It was at this point that I HAD to think of other outdoorsy stuff to do aside from the ones I've already mentioned. Then it came to me! I was observing the online delivery services and weighed the fact that, among a few others, these motorcycle guys were allowed to be out on the streets as they provided an important service while epitomizing the crux of social distancing! That's it! Motorcycling!

Choosing the type of 2-wheeler

Like a lot of other boys/men of any age, I was fascinated with motorcycles. I've been bicycling nearly all my life, but I never got around to use/own a motorcycle, except for the occasional loaner and jaunt around a friend's residential village or one of my brother's (who is the epitome of a gear head! - but he is another story altogether). I was enthused with motorcycles but not obsessed (I don't even follow Moto GP, or any other motorcycle sport). So, it may be apt that I have decided to "moto bandwagon" now (as opposed to later) as I am already at mid-life.

Being a novice rider, it became out of the question to purchase a Big Bike (400cc up) for myself right off the bat. So, the criteria narrowed to rider comfort and ease of use: a scooter! But what kind of scooter? Of course, it had to be the reliable kind with a heritage brand and, above all, it had to be cool (because otherwise, what's the point?)! No brainer. I HAD to own a Vespa! Now the question of which one. Do I buy new or old? Which model? I consulted with my nephew, Picoy, who knew a thing or two about Vespas - having already had two within a brief period of time. Weighing the pros and cons, I decided on and quickly acquired a pre-loved, Vespa LX150 ie, which I eventually dubbed with the moniker "Lulu."

My search for a Vespa was a pretty brief one. Having quickly seen a couple of "less nice" units for sale and going through some nice ones but already sold before I could say "negotiate," the search was growing uneventful.Then, finding Lulu, it was love at first sight! She ticked off all the boxes: "fresh" -looking, white paint, relatively cheaper! She had a lot of kilometers on her, but that only meant to me that she was already seasoned and tested. She came bare and unaccessorized but I was determined to turn her into the classic dame she already was!Slapping on a rear rack (in anticipation of a topbox), a front grill rack, and a fly-screen, she was ready for the ball!

Now, why the name Lulu? I decided to name her in honor of my late "de facto grandmother," Ninang Lourdes "Lulu" Limjap, who cared for my parents, siblings and me as if we were true blood relatives. She was the first (and last) landlady of my parents after they got married. Being the youngest child, I never met any of my grandparents as they all had passed on before I was born. Ninang Lulu was the closest representation of a grandparent for me. Aside from the reasons mentioned, the white Vespa also reminds me of NinangLulu’s oldskool 1960s Frigidaire, the one complete with the lever handle and all, which she had in her kitchen from the ‘60s until her passing a few years ago!

Getting to know you

The Lulu adventure story began the day I acquired her, a Friday, on the 24th of July. As the former owner turned her over to me, I called Picoy and asked if he wanted to go for a ride that afternoon. Being a relatively inexperienced rider, I did a few practice laps around my neighborhood where traffic was relatively nil at the time. When my nephew finally met up with me, we did a Mandaluyong-San Juan-QC run, lasting well into the night. We had dinner in the QC area and even ventured into the newbie rider-dreaded EDSA after and capped the night along Temple drive in the Greenmeadows/Corinthian village area with coffee and selfies!

Succeeding escapades came by way of random quick trips around the metro – gradually building confidence and skill that can only be gotten through ample saddle time (as the seasoned experts in my peer group have advised). 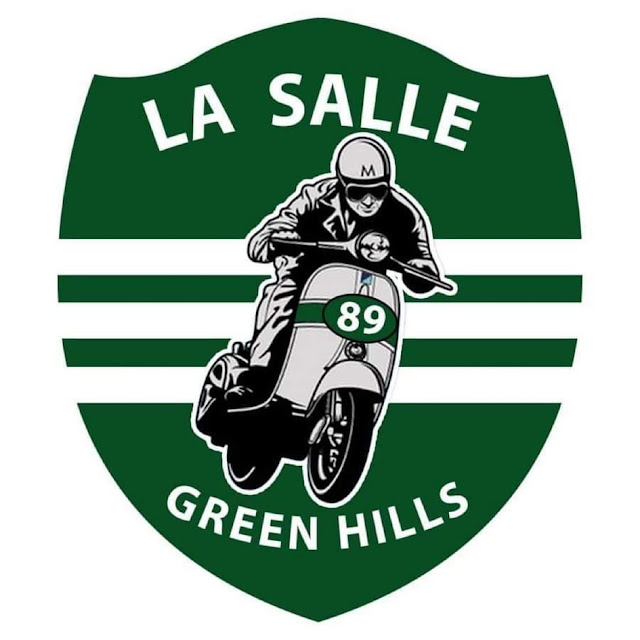 While all of the foregoing events were happening in my life, little did I know that there were stirrings of similar sentiments among my batchmates from La Salle Green Hills (high school graduating batch 1989). One after the other, my former schoolmates gravitated towards each other under one objective: to get into the Vespa riding culture. Before we knew it, scoots were acquired, Viber chat groups were created, (socially-distanced) meet-ups for coffee/meals (also known as “tambikes”) done, and future ride adventures were planned! The bonding sessions also attracted similarly-minded guys outside the circle of our high school batch. One of our Vespa-related Viber groups (yes, we have several) now number 25 strong (and counting!).

My “official” first long ride was a trip to Tagaytay and Batangas in December of last year. Now, taking a Vespa (and motorcycles of its ilk) outside of Metro Manila presents some challenges. One must be very particular with the route selection out of town as Vespas weigh in below the prescribed 400cc requirement to traverse tolled expressways in the Philippines.

The cliched “long way” is the only way for the Vespa, unfortunately. That aside, the Vespa is more than capable of taking any free spirit nearly anywhere he wants to go! And go we did. My batchmates and some friends organized the Tagaytay and Batangas trip with an initial destination to have breakfast in Splendido Golf and Country Club in the ridge city of Tagaytay. Thereafter, it was a test of skill – both from experience and theory – and amassment of fond memories as we went down the Tagaytay-Lemery path around Calaca, Batangas and back to Tagaytay. We also went through various road and weather conditions – Crosswinds in some ridge passes, mid-afternoon heat from the sun, and a wet downpour as we arrived back in Tagaytay. That day’s riding lesson was not done, however. As we left Tagaytay a shade before dusk, we rode down Aguinaldo highway and was met by horrendous traffic!

As most of us in the group were novice riders at the time, we found it a hellish challenge to weave through standstill traffic with the occasional peril of a suddenly stopped jeep or the barreling approach of an 18-wheeler all along the way back to Metro Manila. After a few hours on Aguinaldo and other jammed roads thereafter, we welcomed the moving crawl of the west service road to Nichols and back inside the Metro.

Armed with the comprehensive and valuable lessons from that first long ride, we wasted no time in doing follow-up long rides. Frequent early breakfasts up Antipolo, Rizal, a more scenic and relaxed repeat of the Tagaytay-Batangas trip (via Talisay and Taal town proper this time), and various treks up the Sierra Madre range (Mt. Sinai, Jariel’s peak, Café Katerina’s, etc.) all brought us new takeaways from the rides –added skills, confidence and momentous experiences. 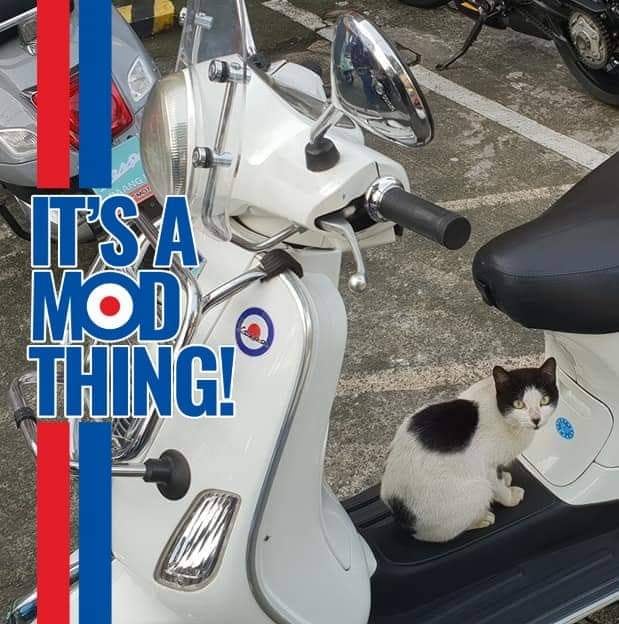 Stemming from the excitement of each of those trips, our growing riding group have enthusiastically already pitched several aspiration rides:

1. A Mindoro island loop spurred from an invitation by a friendly local authority who is also a Vespa enthusiast;

2. A Vietnam Vespa Adventure (VVA) once this pandemic is over (or at least controlled); and

3. A European (Amalfi coast?) Vespa ride pact before we all turn 60 years old!

The group also would bring up the inevitable “U” word – upgrade. As each one of us (novice) motorcycle riders get immersed more deeply into the riding culture, a wistful contemplation of weighing the possibilities of owning a bigger bike literally loomed large for all of us.

Even though some plans were made towards this end, one thing was common among us – the Vespa will remain a keeper. 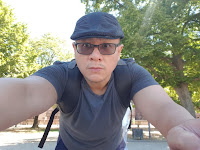 Toby Alberto is a career bank officer with The Bangko Sentral ng Pilipinas, but his real job is driver and cook for Mesdames Catherine and Audrey at Chez Alberto. 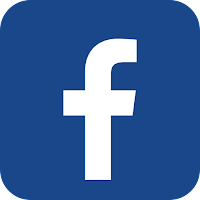 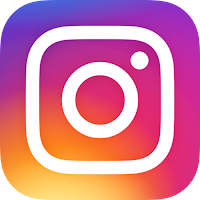