More Capability to the People: Next-Gen Ford Ranger Takes Power, On- and Off-Road Capabilities to the Next Level | Motourismo 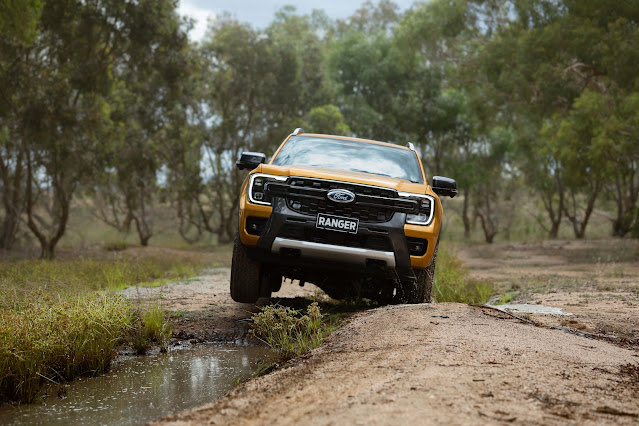 The Ford Ranger has built a reputation around the world for being a tough and capable pickup, with more and more customers trusting it to deliver years of dependable service for both work and play.

Ford has continued to strengthen customer trust in the Ranger by listening to owners and delivering on features that matter to them most. Next-gen Ranger takes this to the next level with a truck that offers customers exceptional towing and hauling, incredible off-road capability and a choice of durable and fuel-efficient engines.

“The Ford product development team’s goal with the next-gen Ranger was to deliver a vehicle that met the needs of customers in more than 180 different markets and be the one truck the world trusts to tackle anything,” said Graham Pearson, vehicle program director for Ranger.

“And to be that one truck the world trusts, next-gen Ranger had to excel in several key areas: stance and stability, towing, off-road capability, performance, and drivability.”

“Ford knows trucks,” he added. “We want to give our customers greater levels of performance and capability, expand Ford’s credibility on the work site, and offer the most desirable lifestyle pickup with more distinct styling, advanced technology, and comfort.” 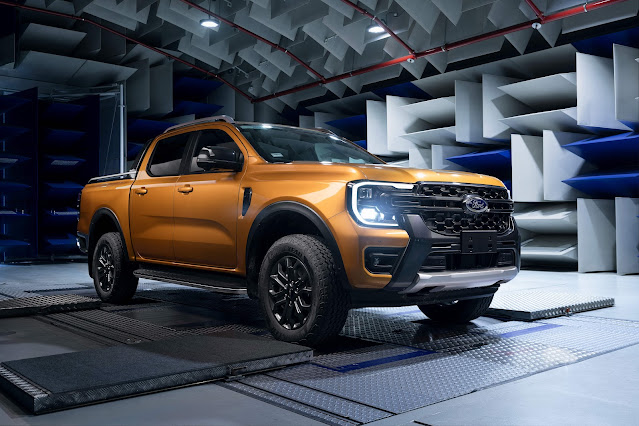 Powertrains for Work, Family and Play

Whether a customer’s priority is fuel economy, refinement, towing or hauling the powertrains chosen for next-gen Ranger will provide customers with the best performance and capability, according to Pritika Maharaj, Ranger and Everest program manager.

“We know our customers push their Rangers to the extreme, so that’s how we test them,” Maharaj said. “We push them to the limit initially on dynos, where they get exposed to extreme loads, temperatures, and aggressive duty cycles. Then we test the vehicle in markets from the frigid cold areas of Europe and New Zealand to the hot humid markets of Southeast Asia.

Transmission choices include a 10-speed auto that also sees service in the Ford F-150 and F-150 Raptor and has notched up more than six million kilometres of testing, including more than 3,900 km of sanctioned off-road racing, including at the Baja 1000. This transmission will be available on 2.0-litre Bi-Turbo engines, across Ranger and Everest.

The current six-speed automatic transmission available on Ranger will continue along with the six-speed manual transmission for Single Turbo diesel variants.

Ready for the Road Less Travelled

“Our customers told us that one of the reasons they love Ranger is because it’s one of the best vehicles on the road for ride comfort and car-like performance. So, retaining that and balancing it with off-road performance has been key throughout the development of next-generation Ranger,” said Rob Hugo, dynamic experiences supervisor, Ranger.

Further to the track increase which helped the team increase the width of next-gen Ranger’s tray for a more versatile load space, the rear dampers were moved outboard of the springs which makes for a more controlled ride whether the vehicle is laden or not.

“The outboard dampers have allowed us to tune a more controlled ride whether the vehicle is carrying a heavy load or not and solve a common complaint of pickups with inboard mounted dampers that they can bounce or skip when unladen,” Hugo said.

Whether you’re a traditionalist or someone looking for additional peace of mind on the road, Ford is offering two four-wheel drive systems for next-gen Ranger. The base four-wheel drive is a ‘part-time’ system with a two-speed electronic shift-on-the-fly transfer case offering 2H, 4H and 4L as modes of operation.

Next-gen Ranger continues to be offered with an electronic rear differential lock which can be activated via the SYNC® screen. A differential lock allows both wheels on a specific axle to turn at the same speed providing additional traction when you’re off-roading.

Selectable Drive Modes for Added Confidence on the Go

It used to be that only Ranger Raptor offered selectable drive modes, but now next-gen Ranger will offer up to six, depending on the variant and market. The modes are: Normal, Eco, Tow/Haul (auto only), Slippery for on-road, and Mud/Ruts and Sand for use off-road. These modes adjust everything from the gearshift to throttle response, traction and stability controls, ABS and more.

“These selectable drive modes are a very simple way of getting advanced traction to the wheels the way it needs to be delivered without having to be an expert,” said Hugo.

Tow / Haul mode is a brand-new drive mode and is designed for those towing or carrying a heavy load in their Ranger. Selecting Tow / Haul mode optimizes the gear shift timing to maintain power when you’re climbing up a hill or deliver the right amount of engine braking when you’re travelling down a hill. Next-gen Ranger continues with a maximum braked towing capacity of 3,500 kg with a 350 kg towball download limit.

In addition to the selectable drive modes, next-gen Ranger boasts a dedicated off-road screen on the SYNC infotainment system. At the press of a button, owners can access the off-road SYNC screen, which shows driveline and diff lock settings, steering angle, vehicle pitch and roll angles, as well as a front camera view with predictive overlay guidelines.

To protect vital components when you’re off-road, next-gen Ranger boasts a raft of protective underbody shields for the steering, sump, transmission, and transfer case. The recessed mounting bolts are protected from damage and easy to remove for servicing, and because the shields are bolted directly to the chassis they add to the structural integrity of the vehicle.

The next-gen Ranger is adventure ready with roof top load limits of 350 kg static and 85 kg dynamic. And a range of cargo management solutions in the loadbox make next-gen Ranger the most versatile ever, from adjustable cleats on each side, to tray-mounted tiedowns and styled box rails, tailgate clamp pockets and box capping with six structural mounting points for after-market accessories.

“Many of our customers take their Rangers through water – rivers, creeks, and so forth. So, we give Ranger a bath at various speeds, at ever increasing water depths up to 800 mm,” Hugo said.

“The physical testing is on top of the extensive computer-aided engineering work the team does to ensure the aerodynamics of the vehicle work as well in water as they do on the road, and to ensure water doesn’t get into anything we don’t want it to, and that all the critical systems work on the vehicle afterwards, like the lights and horn. We also conduct our water wading tests in reverse gear too, because that’s what people do in real life.”

Tested to the Extremes

The next-gen Ford Ranger has undergone millions of kilometres of testing in 10 different countries to ensure it meets, or exceeds customer standards for capability, quality, reliability and durability.

As well, the Ford Ranger prototypes clocked up thousands of kilometres at Ford’s You Yangs Proving Ground testing facility near Melbourne, where durability testing continued 24/7 on specific components, like the suspension, body structure and powertrains.

John Willems, chief program engineer for the next-gen Ranger, said that well before any physical testing occurred, Ford made extensive use of computer-aided simulations during the development of the pickup. This was to optimize critical components and systems to restrict pathways of structurally-borne and airborne road noise from entering the cabin.

“Early in the development of next-gen Ranger, a lot of testing was done analytically, using computer software,” Willems explained. “After this we built 200 prototype Rangers to undergo a raft of really challenging tests, from the dust-choked Australian Outback and arid Middle East to the humid streets and highways of Thailand as well as sub-zero temperatures in Europe and North America.

“We replicated the exact conditions our customers may encounter with Ranger, to ensure that when the new Ford Ranger leaves the showroom, it can tackle almost any situation both on and off-road,” Willems said. “This includes extreme humidity in Thailand, cold weather in New Zealand and 50-degree temperatures that customers encounter in the Middle East.”

Apart from testing the whole vehicle in real-world environments, specific testing drilled down into each component, from suspension, towbars, frames, doors, tailgates, body panels, bumpers, seats, and anything else the customer can feel, touch, push or slam. All were tested to the point of destruction in a controlled environment to uncover any potential weak points.

“The purpose of testing and stressing all of these components is to make sure they’re built to deliver safe and dependable service throughout the life of the vehicle,” Willems said. “We know our customers cover thousands of kilometres in their Rangers, often in extreme conditions, so we need to ensure the pickup is a safe, cossetting and quiet environment for them.”

Customers can sign up at https://ford.to/3IV25Hf to get the latest news on the next-gen Ranger. 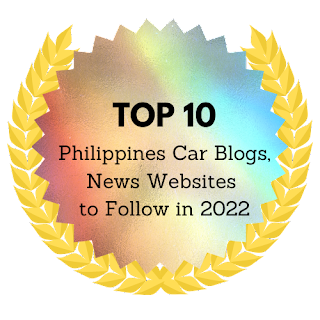